Lots more to see and read about in the journals

Take a moment to browse my blog posts. Here you'll find several photos from many of my wedding couples, it's a good way to see lots of photos from one wedding as opposed to my portfolio showcase. These Journals give you a private glimpse into one wedding day.

Click below for full details on wedding services or check out my photo & video portfolios.

Have a look at what others had to say.

Some weddings are very traditional, others not so much, some are even a little crazy & fun, this wedding for Magadelena & Michael was perhaps the most creative and intimate that I’ve ever had the pleasure to shoot. As their Leesburg VA Wedding Photographer I get this address from the groom, which is pretty much in the middle of nowhere, literally – a pull off on a dirt road, it was off route 15 north of Leesburg. There I sit in my truck waiting for further directions… Michael pulls up with his dad and proceeds to lead me down more dirt roads, which turns into smaller dirt roads, which turns into a corn field road that that literally hugs right along corn stalks higher than my 4×4, finally we park basically in the woods about 5 miles off rt 15. Michael had basically cleared a place in the woods off the fields of his hunting grounds, and did a man made alter and wedding ceremony spot, with tiered steps and places for chairs, and flowers and walking stones, and a carving of their initials and wedding date in a tree, all complete with mosquito repellant lol!. Honestly, I’ve never seen anything quite like this before, it was simply amazing! His bride had no idea BTW about any of this. 4 guests, an officiate, and an iPad with a live feed to the brides mother who lives in a different country, unique to say the least. But, none the less perhaps the most intimate and friendly folks I’ve covered. Michael was really a super nice guy, a sincere gentleman. After their ceremony we headed back to Lightfoot restaurant for a few more quick photos, and then they had dinner. 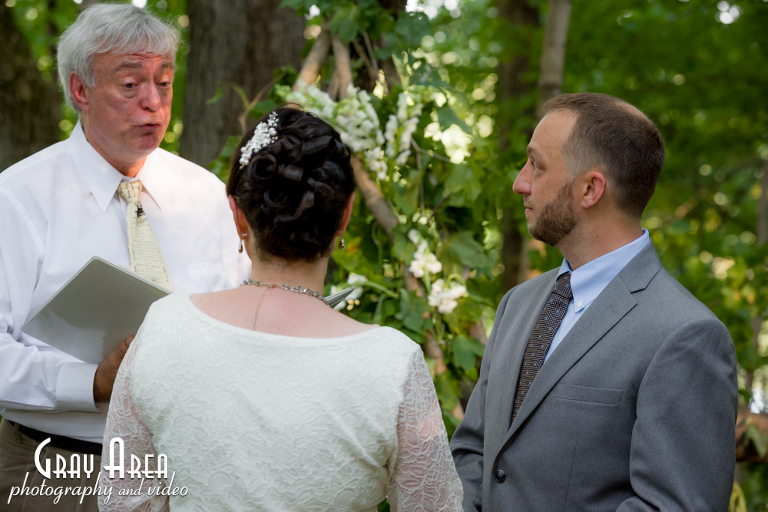 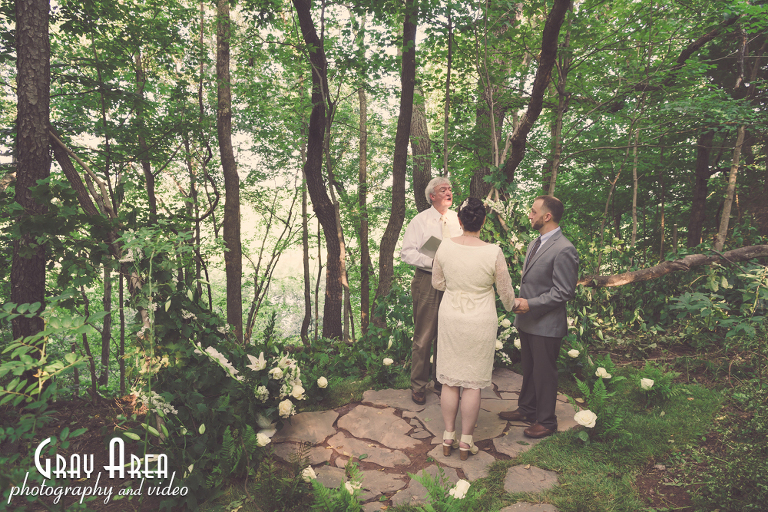 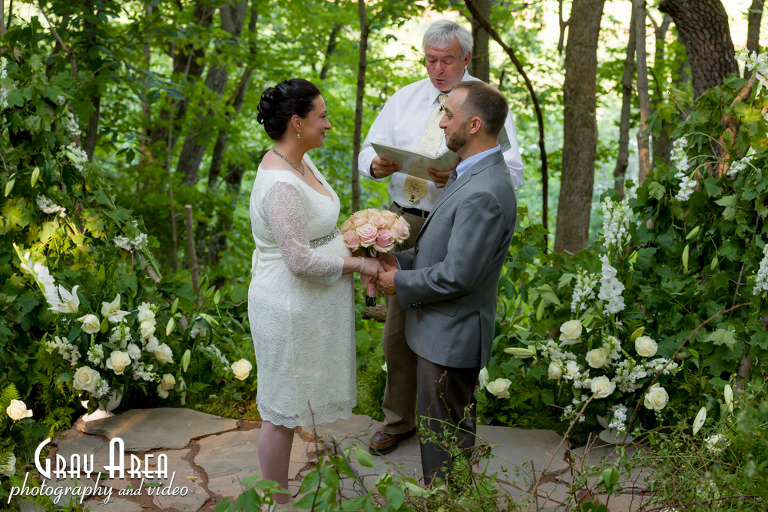 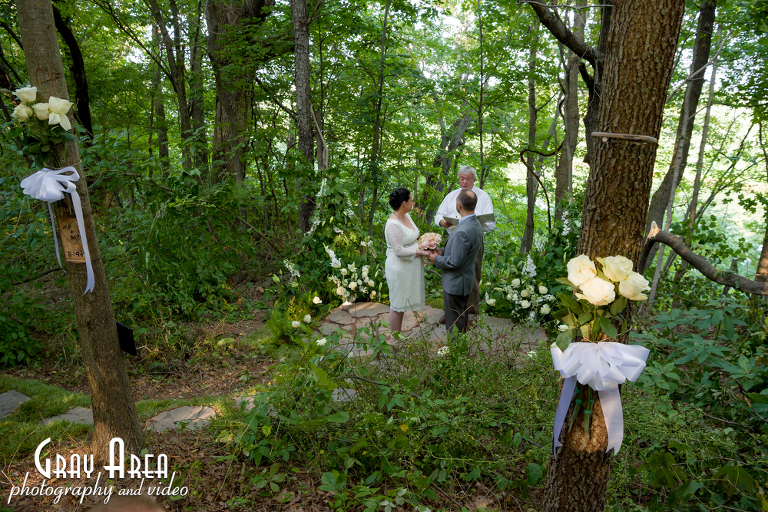 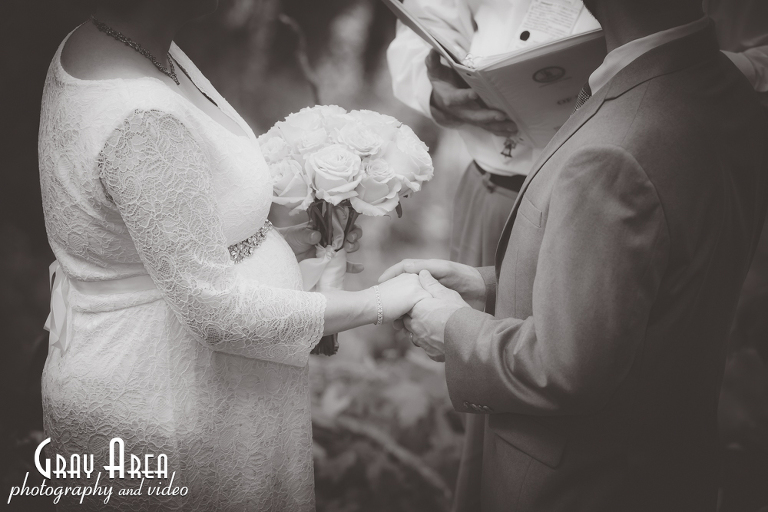 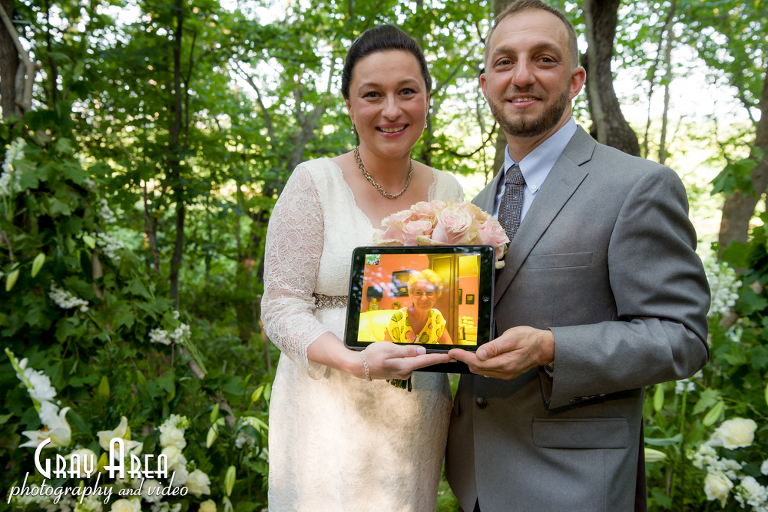 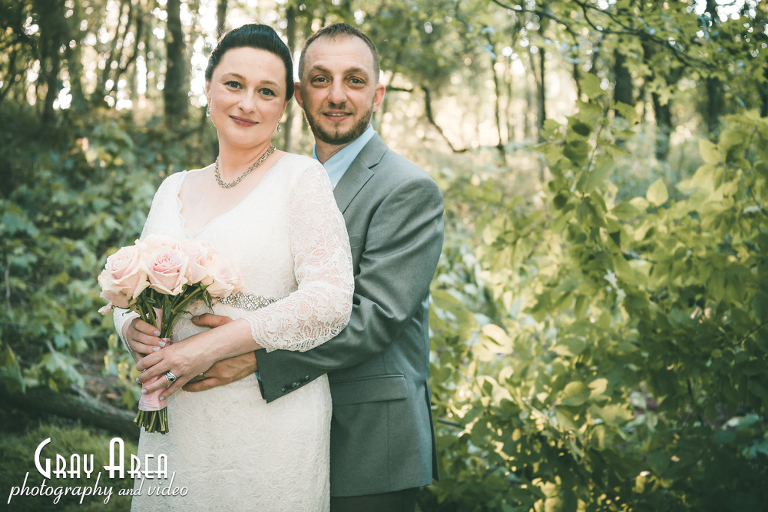 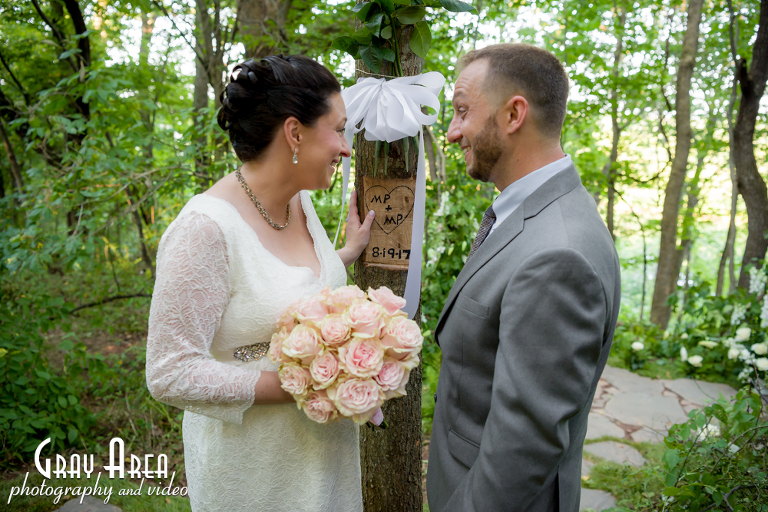 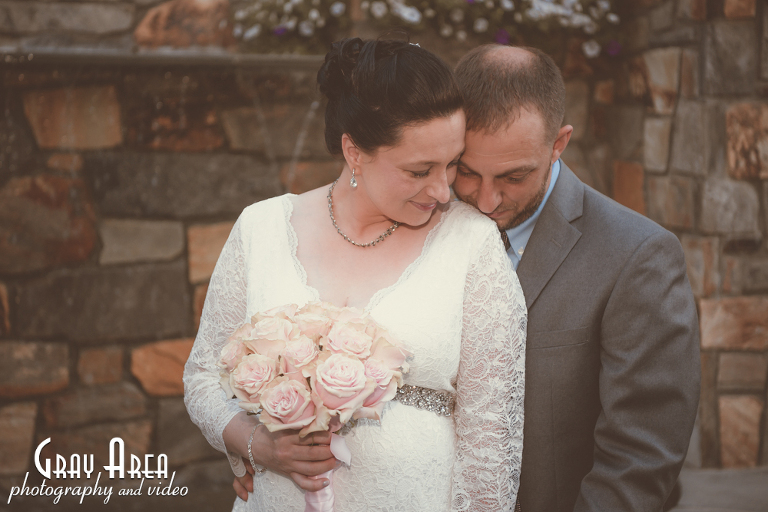